The NOMAD instrument, with ERZIA amplifiers on board, makes a great discovery in Mars’ atmosphere.

In 2014, ERZIA delivered RF Driver Amplifiers for the NOMAD instrument for installation on the Trace Gas Orbiter (TGO) of the ExoMars mission. The mission was launched in 2016 and NOMAD began science operations in 2018. In 2020, we are proud that ERZIA amplifiers are contributing to a successful mission and better understanding about the Martian atmosphere.

On 14th March 2016, a Proton-M rocket operated by Russia’s Roscosmos was launched from Baikonur in Kazakhstan. The upper stage of the rocket, contained the ExoMars, composed of two main elements: the Trace Gas Orbiter (TGO) and the Schiaparelli entry, descent, and landing demonstrator (EDM).

Both modules travelled to Mars together and separated 900,000 km from the planet. On October 19, 2016, the Schiaparelli module successfully entered Mars’ atmosphere, but unfortunately due to several failures, the unit was destroyed. This was a tremendous disappointment for the whole technical and scientific community that had worked extremely hard on this module. However, the good news was that the Trace Gas Orbiter (TGO) module was still completely intact and provided hope for the possibility of a successful mission.

The ExoMars TGO conducted a series of aero braking maneuvers in the atmosphere of Mars starting on March 2017 and reaching a final science orbit of 400 km on the April 9, 2018.

The TGO is a hybrid science and telecommunication orbiter, that acts as a relay for communications between ground vehicles and earth. From a scientific point of view, it has the following instruments:

ERZIA worked for several years to deliver two RF drivers for acousto optic tunable filters (AOTFs) to enable the NOMAD instrument. This science payload performs high-sensitivity orbital identification of atmospheric components, concentration, temperature, and cycles. It measures the sunlight reflected from the surface and atmosphere of the planet and analyzes the wavelengths received to determine the components of the atmosphere. The instrument began operations on April 9, 2018 and has a an expected mission duration of seven years.

During its first two years of operation, the NOMAD instrument has already provided some good results. It has recorded the absence of methane in the atmosphere. Another result, recently published, confirms the direct observation of a green oxygen glow, which was predicted by models 40 years ago, but which had not been observed until now. In a few words, CO2 is broken up into carbon monoxide and oxygen. The resulting oxygen atoms glow in both visible and ultraviolet. These findings confirm the remarkably high sensitivity of the NOMAD instrument, which strongly supports scientists in better understanding Mars’ atmosphere and the processes and dynamics it holds.

During its two years of operation, the NOMAD instrument has collected a tremendous amount of data and much more will be available by the end of the seven years of its estimated operation. We will share more data collection results and more knowledge about the atmosphere of our neighboring planet as the information becomes available.

At ERZIA, we are proud to have contributed to the design of the NOMAD instrument. It was a challenge to design and manufacture the compact amplifiers that drive AOTFs with optimum RF output power and minimum harmonic content over a wide bandwidth, while operating with the lowest possible energy consumption for a guaranteed long-term operation in space. Today, we have confirmation that both amplifiers are performing as expected and are contributing to the successful performance of the NOMAD instrument.

ERZIA wishes the scientific community good fortune with their work as they continue to push NOMAD and the rest of the instruments to their limits to unveil all the possible secrets of the red planet. We eagerly await more good news and look forward to sharing future discoveries.

To learn about ERZIA’s design of RF drivers like the ones on NOMAD, read this Technical Brief. 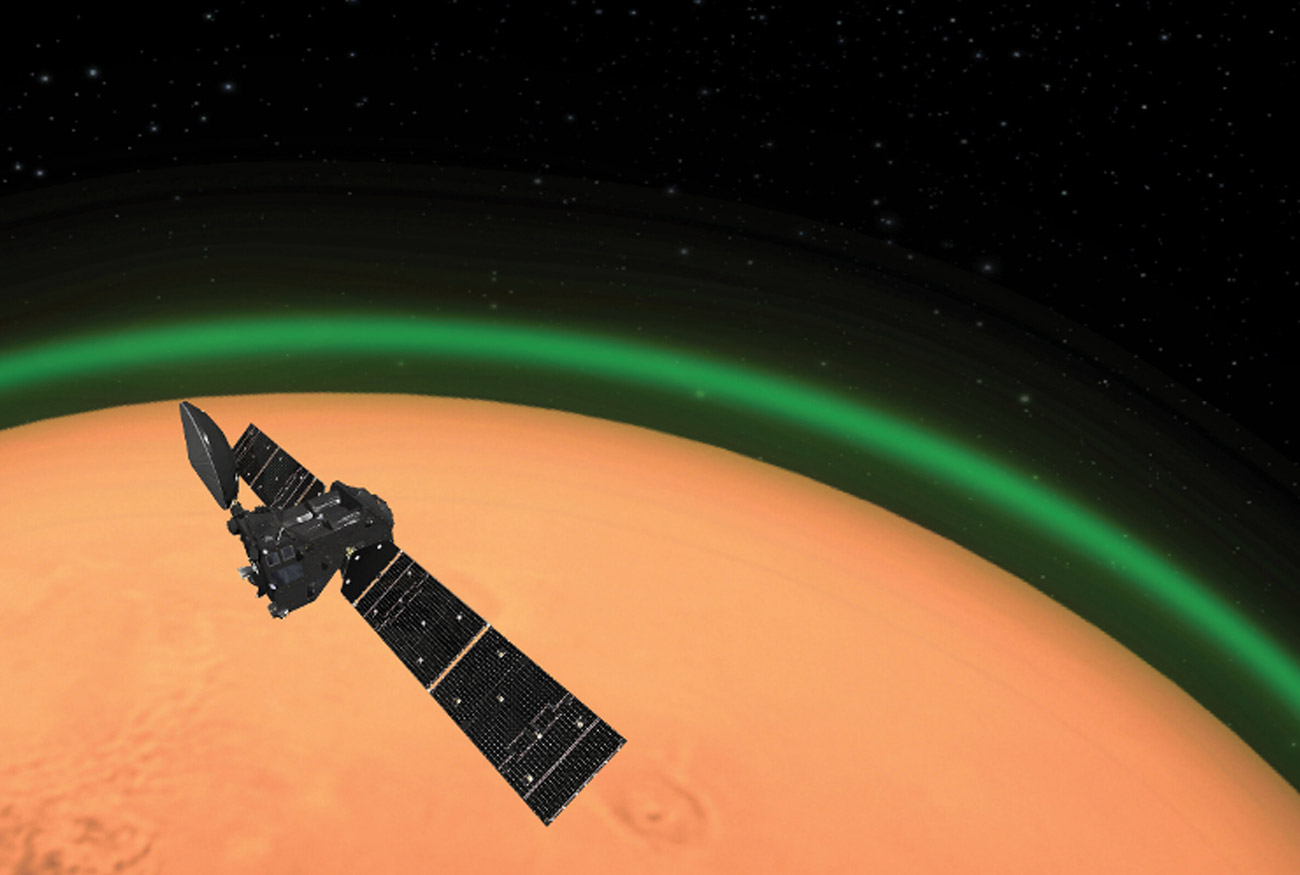 One of ERZIA Amplifiers inside the NOMAD instrument.
Credits: ERZIA