The ERZIA-designed Ka-Band solid state power amplifier (SSPA) has together with a consortium of partners won the Innovation in Space Award 2022.

The consortium, named the Hi-SIDE project, was selected the overall winner during the European Space Forum that took place in Belgium this week. In competition with two more finalists, Hi-SIDE clinched the prestigious award after a vote by a panel of judges from the European Commission, the European Space Agency (ESA), leading space and satellites trade associations, as well as forum participants. The award recognizes the contribution of Hi-SIDE to the advancement of on-board data handling and high-speed data transfer for future Earth Observation missions.

“This is a fantastic achievement for the team,” said ERZIA CEO Luis García. “It has been an honor for ERZIA to be part of such an incredible group of innovators and to make our own contribution to the next generation of data chain technology.”

Hi-SIDE, which stands for High-Speed Integrated Satellite Data Systems For Leading EU Industry, is an EU-sponsored research and development program founded in 2018. Comprised of 11 trans-European Consortium partners, Hi-SIDE shared in June of this year the project had successfully achieved its objective of developing and demonstrating new satellite data chain technology that can capture, process, store and transmit data at speeds exceeding 10 gigabits.

ERZIA’s Ka-band solid state amplifier (SSPA) is a core component of the Hi-SIDE RF downlink transmitter. ERZIA has designed a three-stage 2W SSPA composed of GaAs and GaN semiconductors. This novel amplifier can operate from 25.5 to 28 GHz delivering a P1dB of 33 dBm (2W) and Psat above 35 dBm. These SSPAs have been subjected to rigorous testing, to ensure they can hold up to the harsh dangers of space while continuing to hold output power in place across the broadest frequency ranges, similar to Erzia KA Band Amplifiers.

The Innovation in Space Award celebrates European projects and organisations which are at the forefront of innovation within the space and space technology sectors. Awarded on an annual basis and open to companies and projects of all kinds, the award seeks to recognise the contribution and impact that an organisation or project has had on the space industry and on society more broadly. 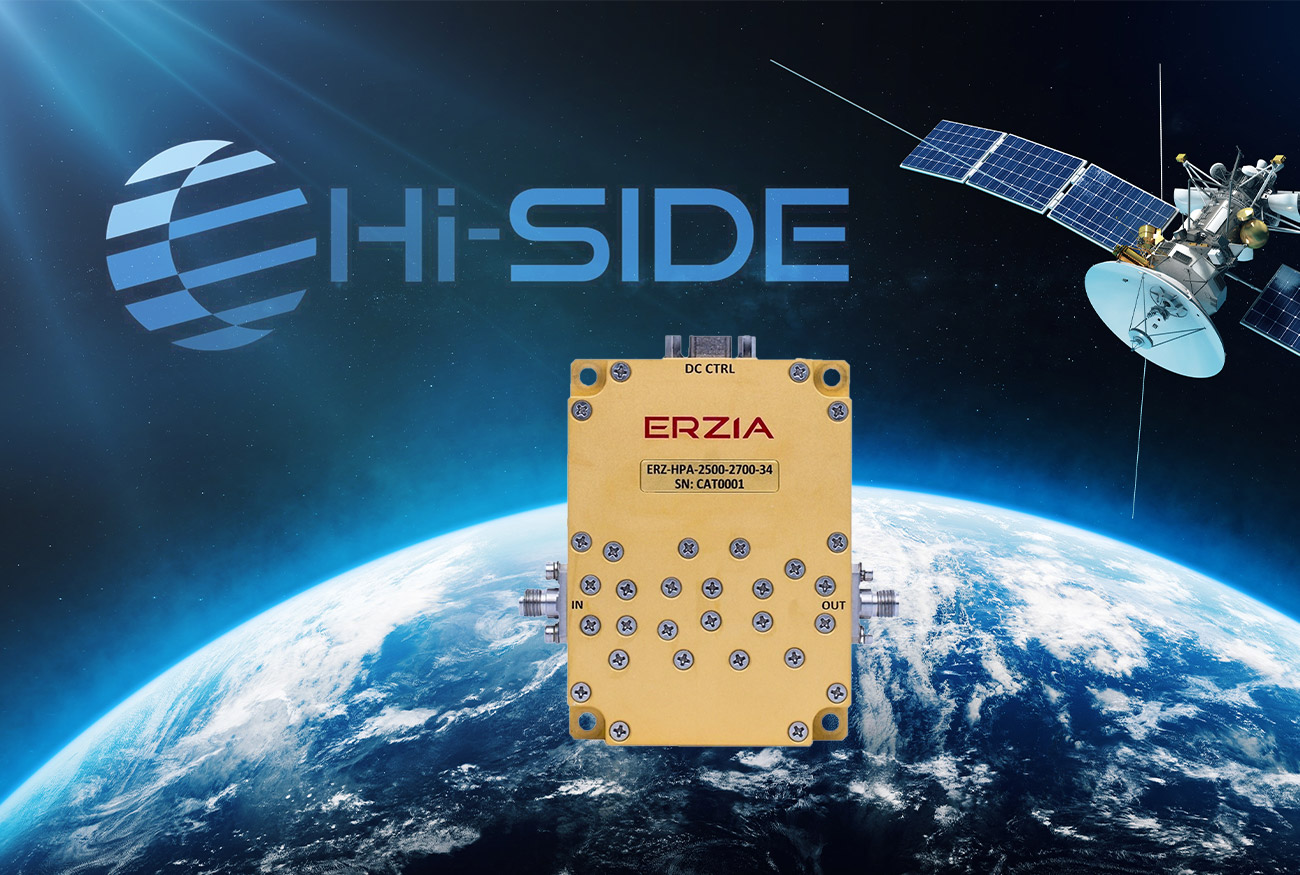