ERZIA is proud to be part of the successful operation of the rover Zhurong which touched down on Mars on May 14th, 2021—ten months after China’s Tianwen-1 orbiter left Earth. The orbiter and rover together mark China’s first Mars mission and make China only the second country to successfully land a rover there. ERZIA already has amplifiers orbiting around Mars in the Exomars mission, as well as many other space missions, but this is the first time that hardware manufactured by the company is operating on the Mars surface.

Zhurong, which was named after an ancient fire god in Chinese mythology, sent it’s first images to to earth on May 19th, 2021. The rover will begin looking for signs of ancient life and conducting geological studies for water and ice for the next three months. It is equipped with six instruments including high-resolution cameras, a subsurface radar, a multi-spectral camera, a surface composition detector, a magnetic field detector and a weather monitor, to study geology and climate—specifically in the Utopia Planitia region.

"The entire ERZIA team is extremely proud to be a part of this ultra-sophisticated scientific mission on Mars,” says Managing Director, David Diez. “This successful space communications project further demonstrates our commitment to ensuring that the RF products we design, manufacture and test will perform flawlessly, even under the harshest environmental conditions,” he added. ERZIA has played an important role in China’s space exploration programs for many years. Prior to China’s 1st Mars rover exploration, ERZIA has been an integral provider for China’s interplanetary missions including three rovers on the moon’s surface during the Chang’e-3, Chang’4 and Chang’5 missions. 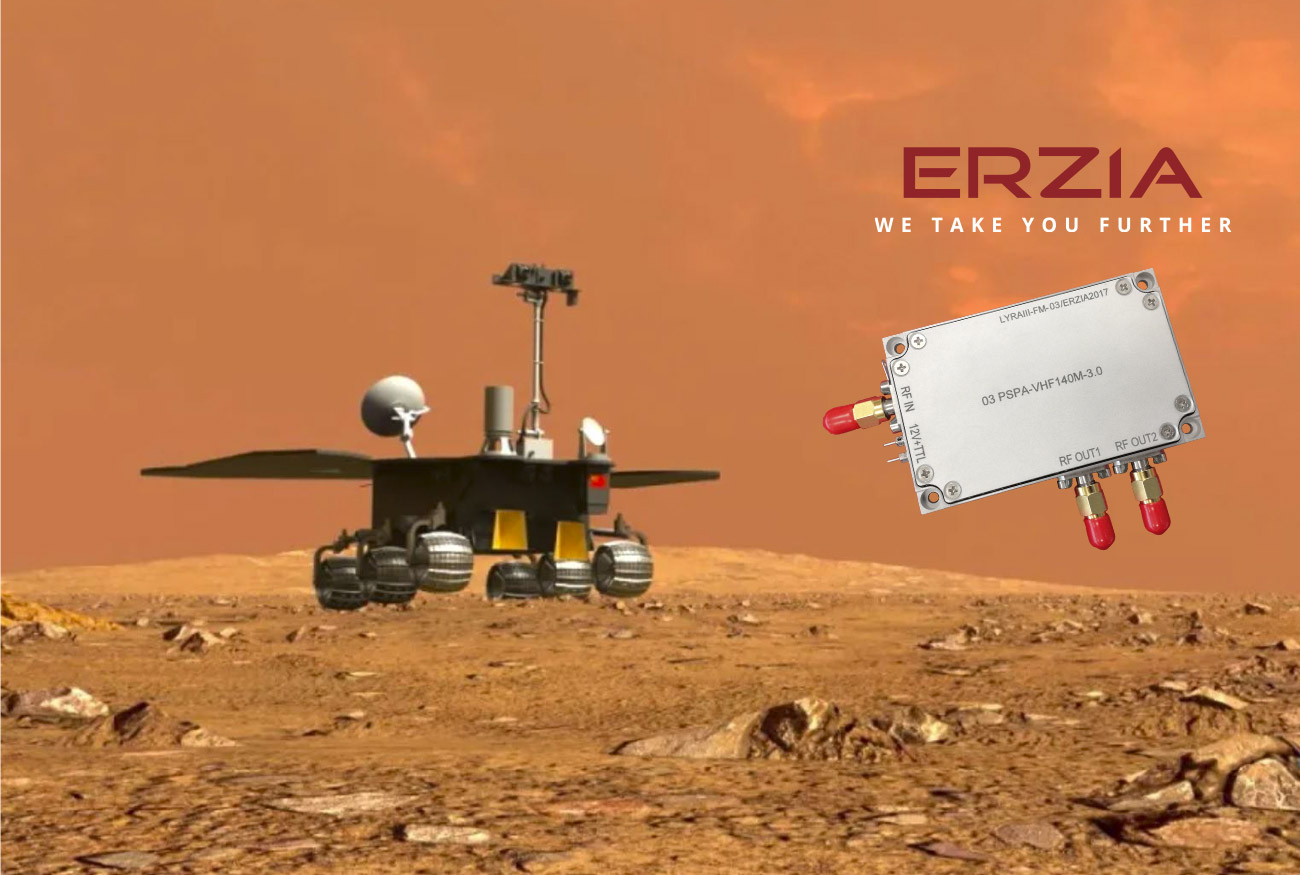